Throughout this year Mortal design has embarked on a discovery of observation, intervention and creation by looking at the intersectionality between the human and non-human. Mortal design investigated the human system of production, creation and deconstruction as well as that of the Natural world. It became evident that there was a distinct disconnect between Human systems and Natural systems, as human systems have become detrimental to many eco-systems, habitats and other human populations. Our society has become focused on convenience and capital. Our production, consumption and waste has created a huge problem for future generations of Human and non-human life. Whilst the natural world fits together to form a unified system of returnation, everything which is created Is either taken back into the earth or used by another organism, creating a sustainable system of life.

Mortal design set out to produce a body of work which deconstructs and humanises natural elements to depict the de-separation that humans have constructed towards the natural environment. Seen though the degradation of the very resources which keep us alive. Mortal design further deconstructs human forms to create unrecognisable figures to symbolise the interconnectivity between humans and the natural world. The design look and feel that mortal has created is somewhat harsh and contrasted, hard forms counteract softer more natural looking figures. This is the product of a shared identity between the human and nin-human. Mortal design has essentially created an awareness campaign which is based on shared knowledge systems. Mortal has produced campaign posers, videos, and shares knowledge via an app that is founded on sustainability, ecological design as well as natures genius. 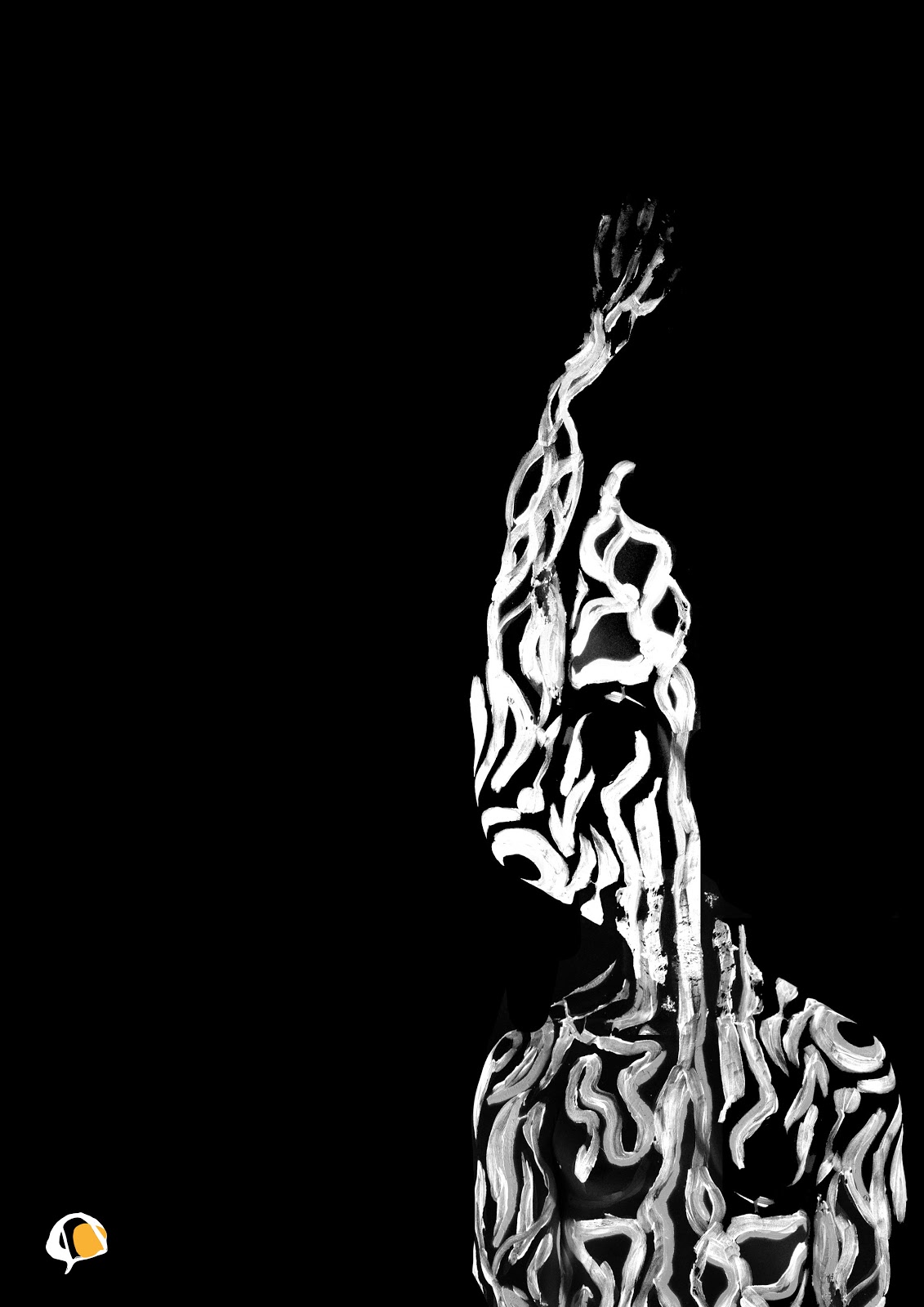 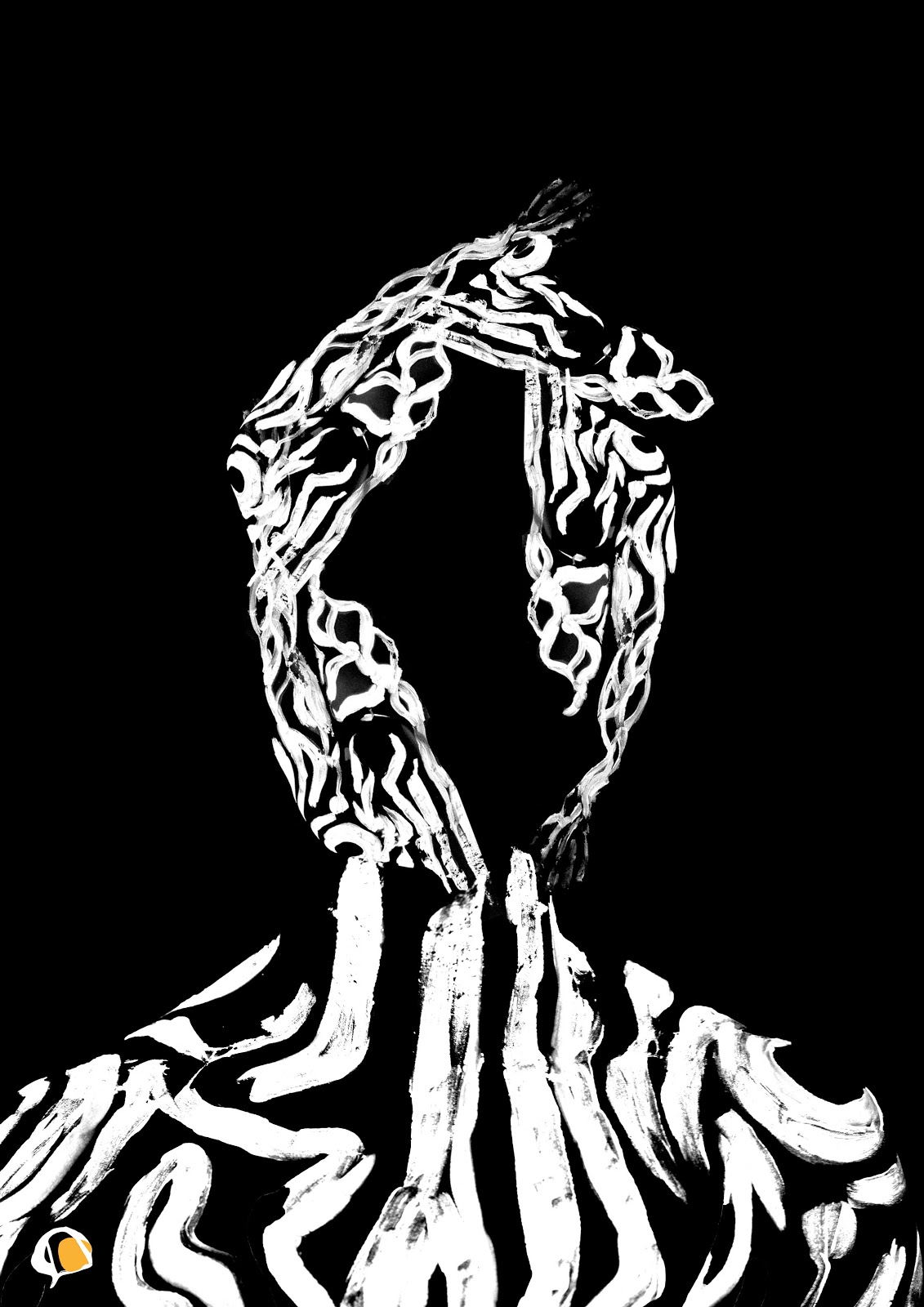 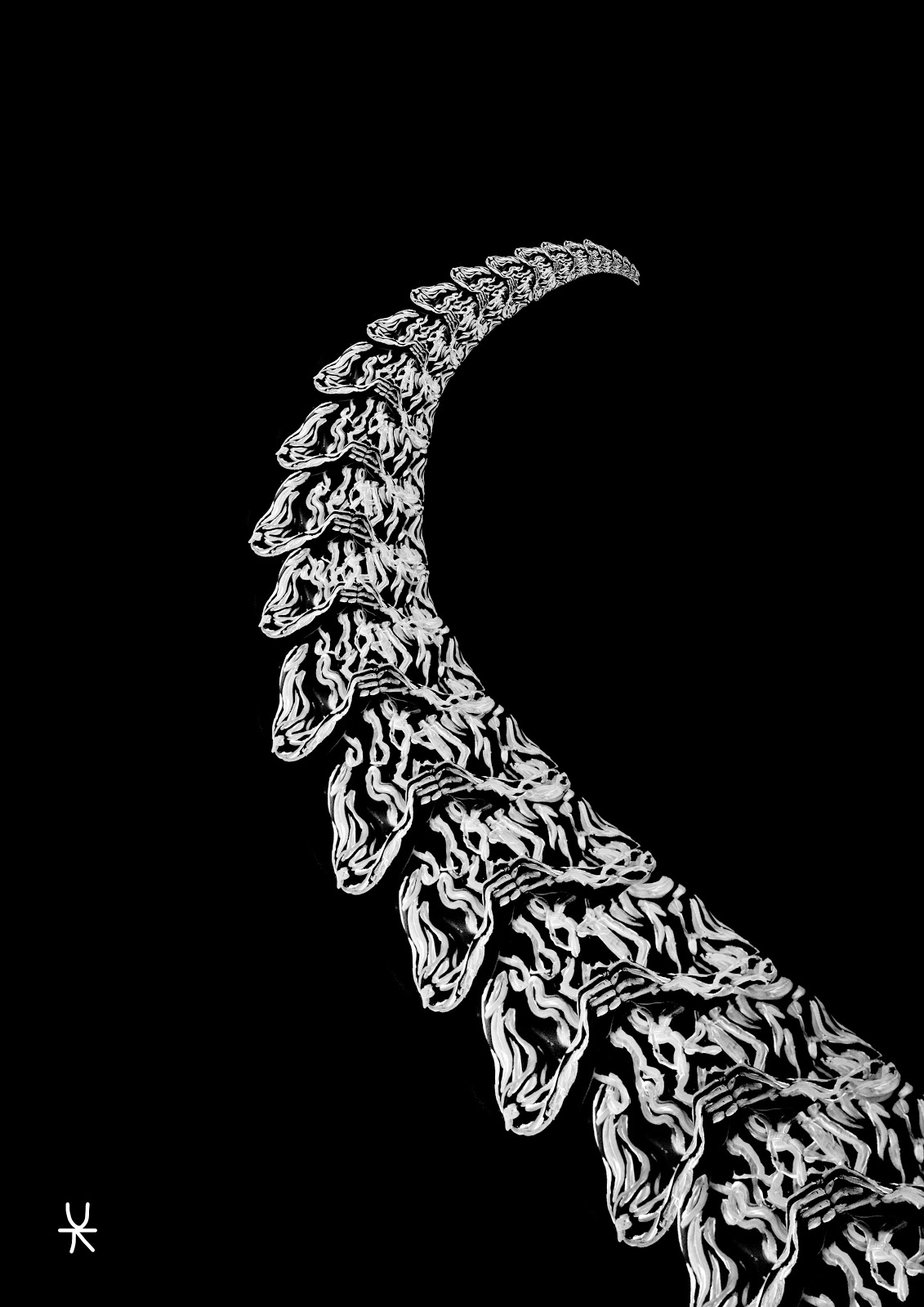 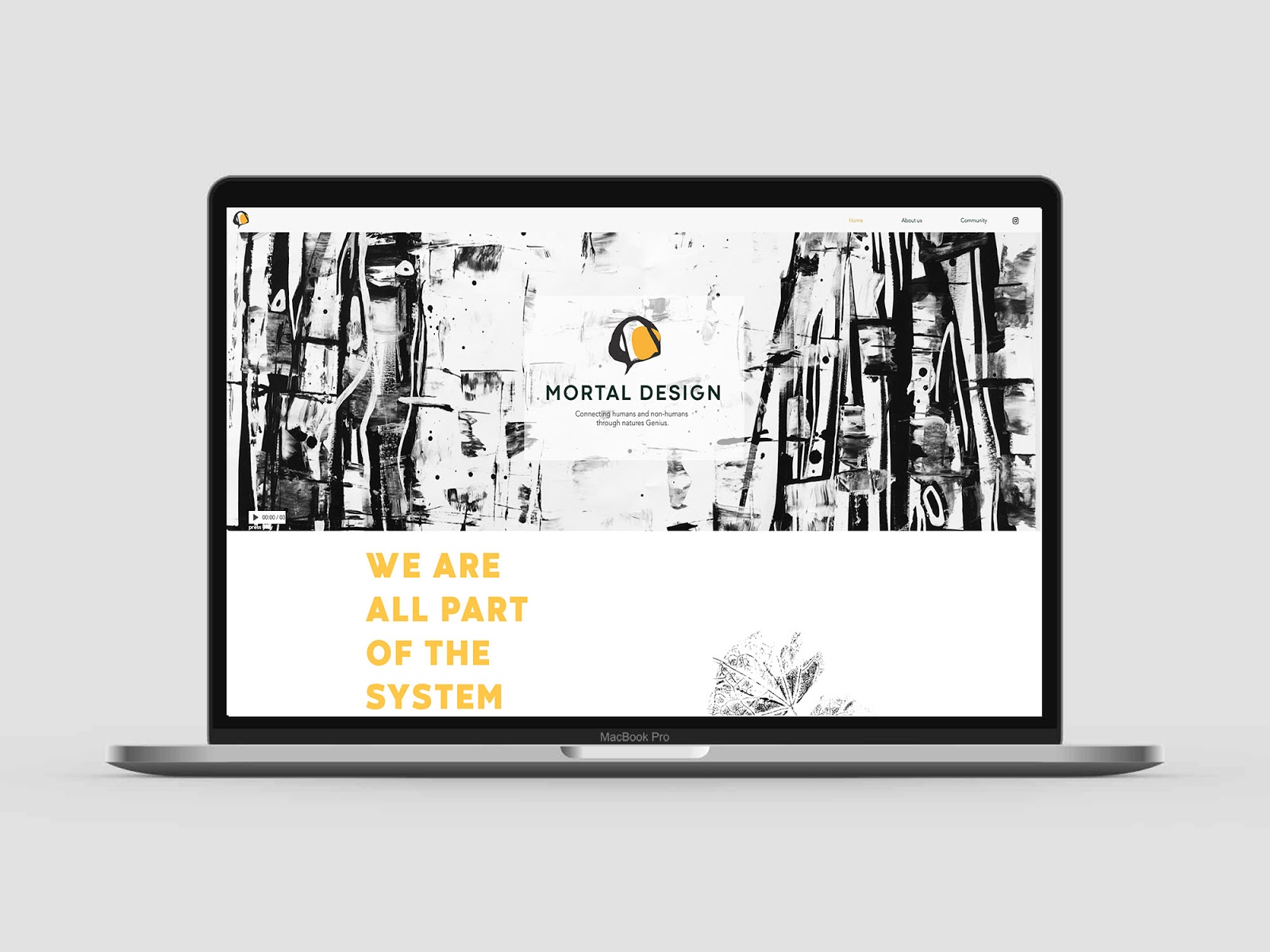 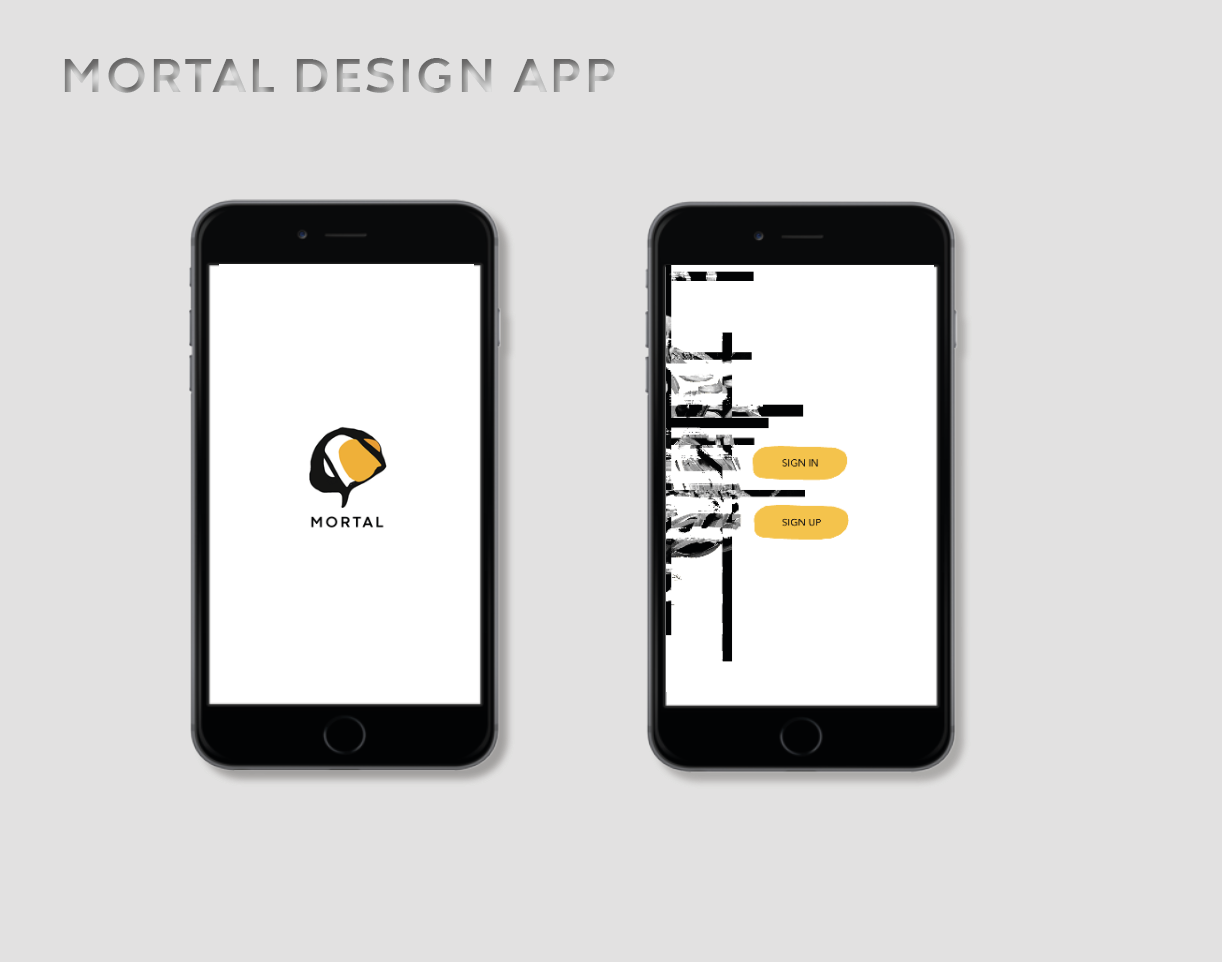 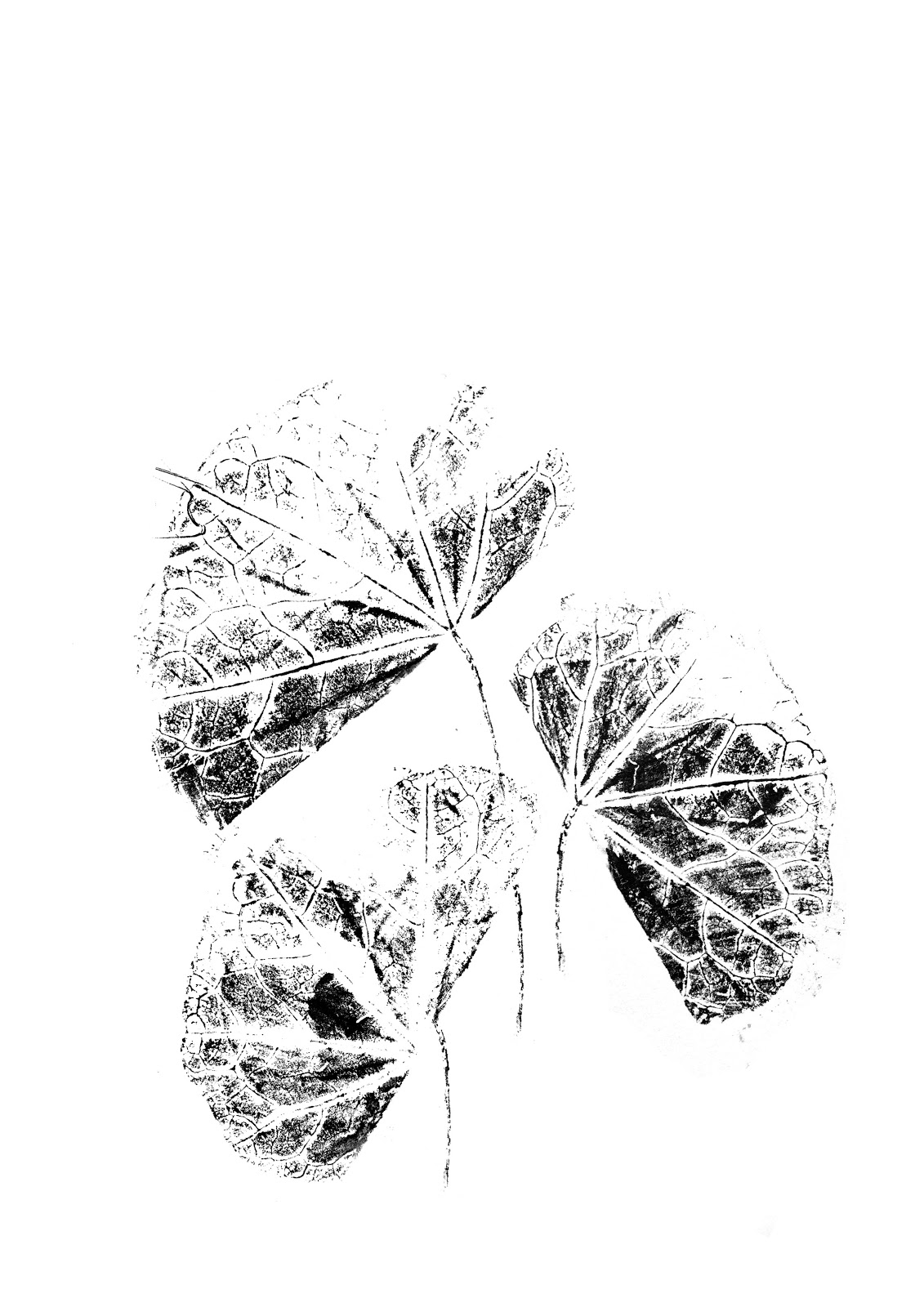 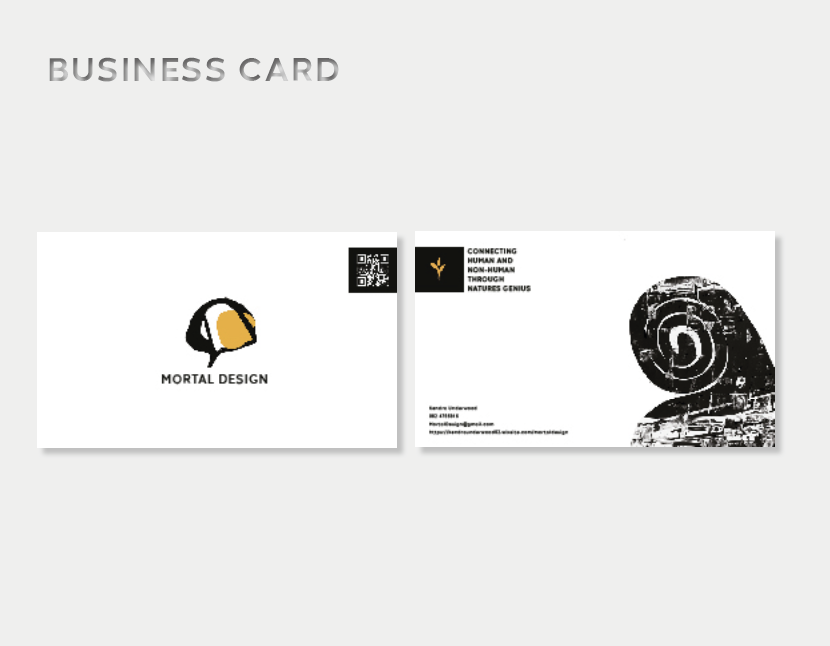 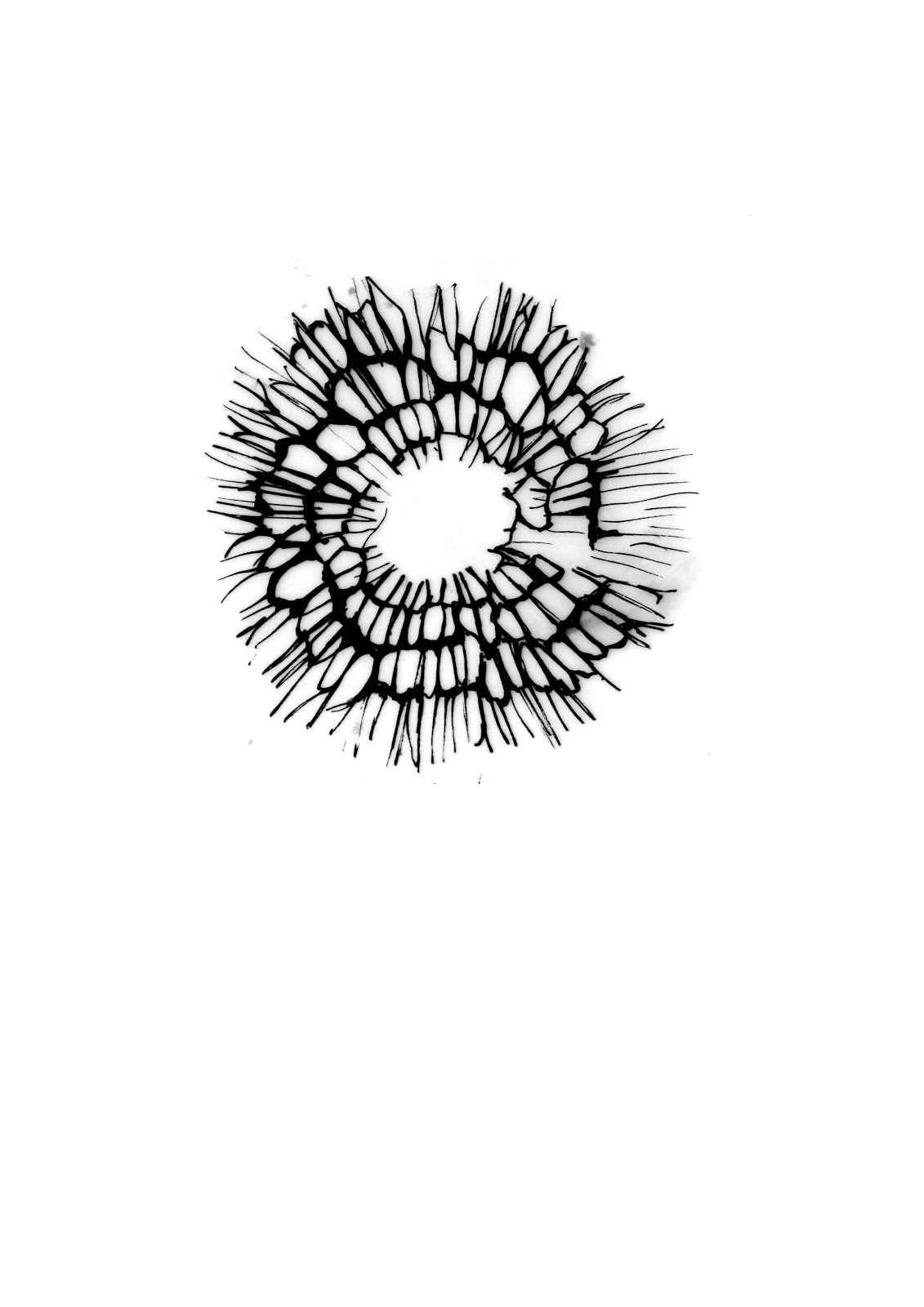 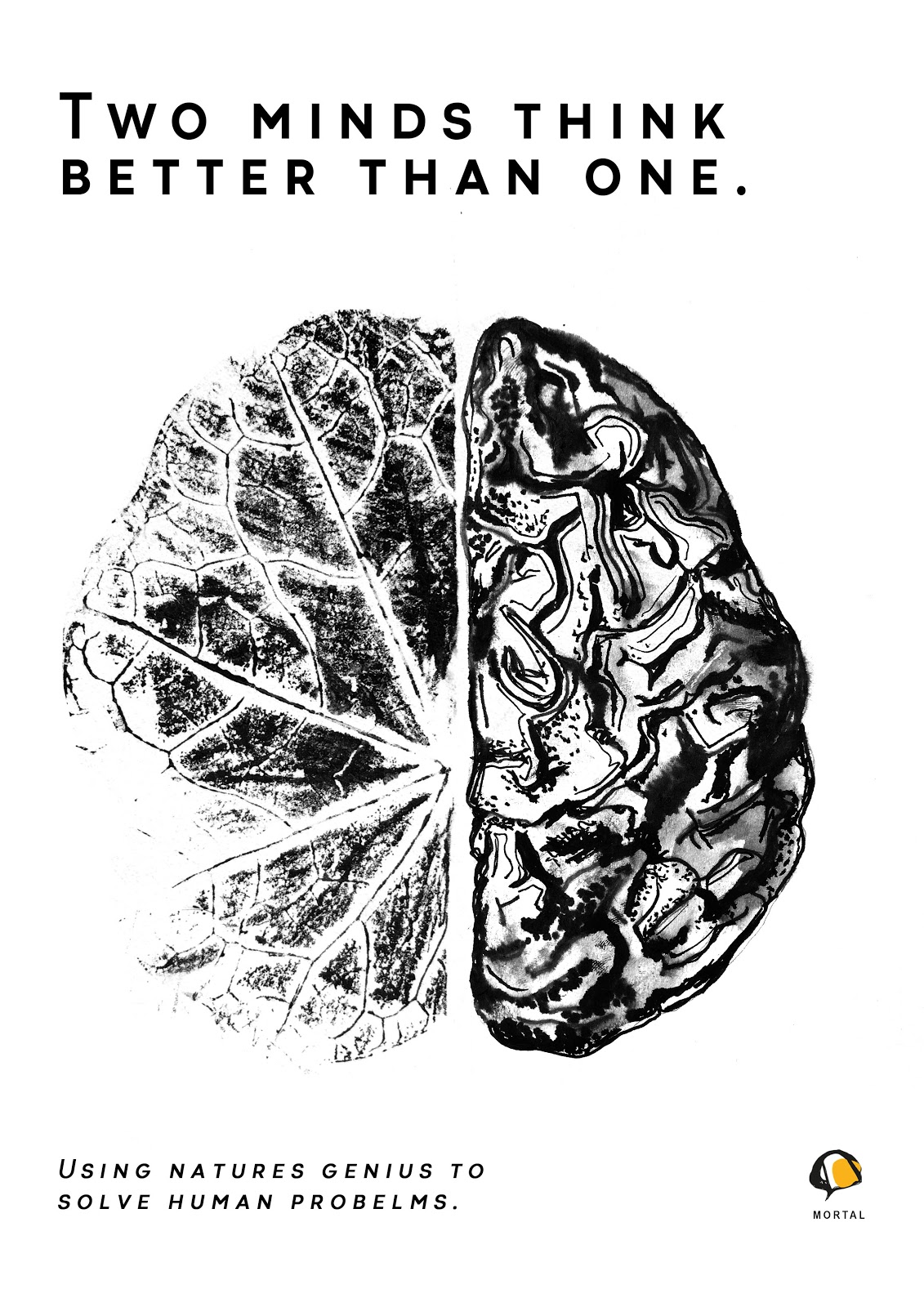 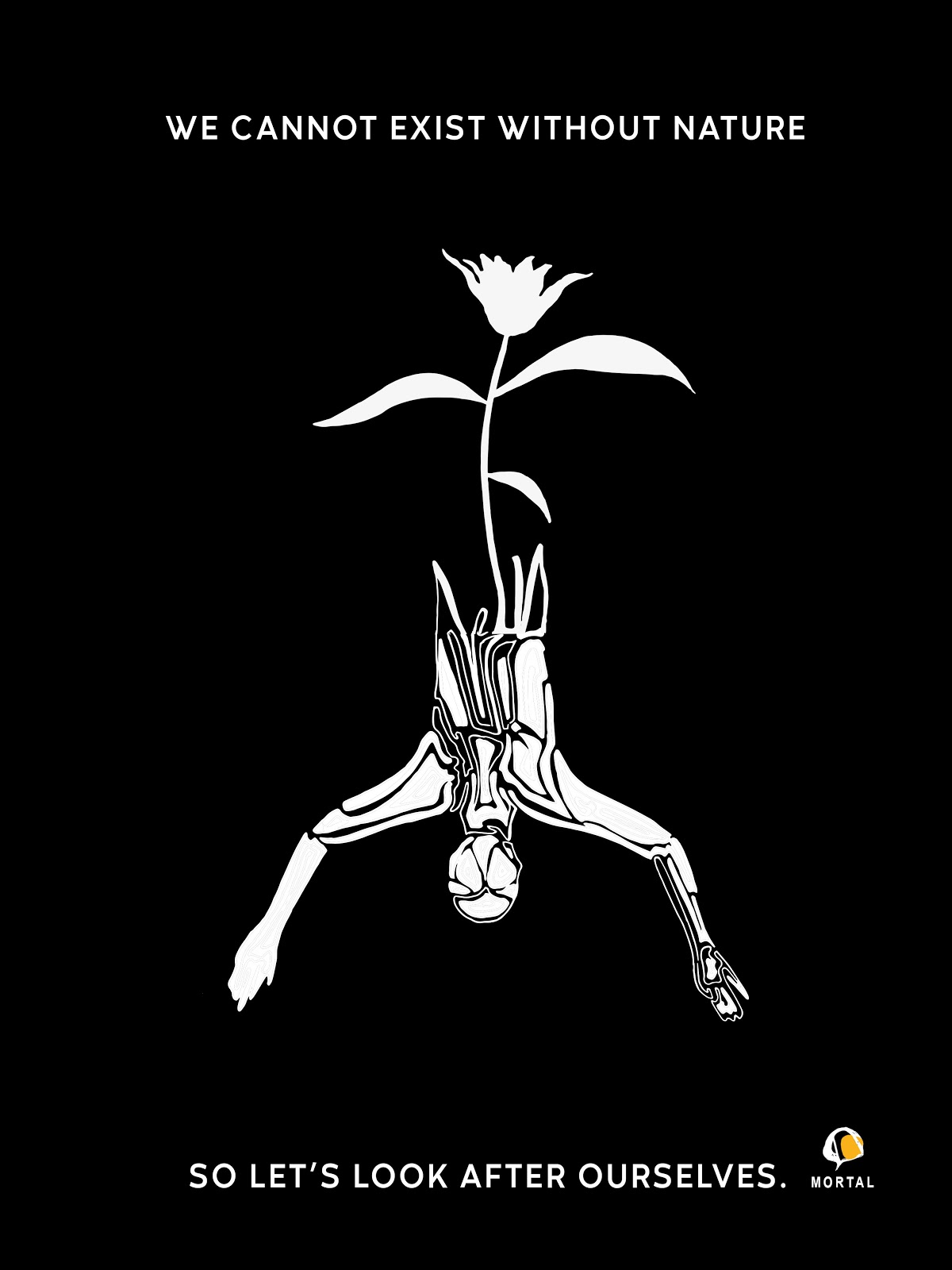 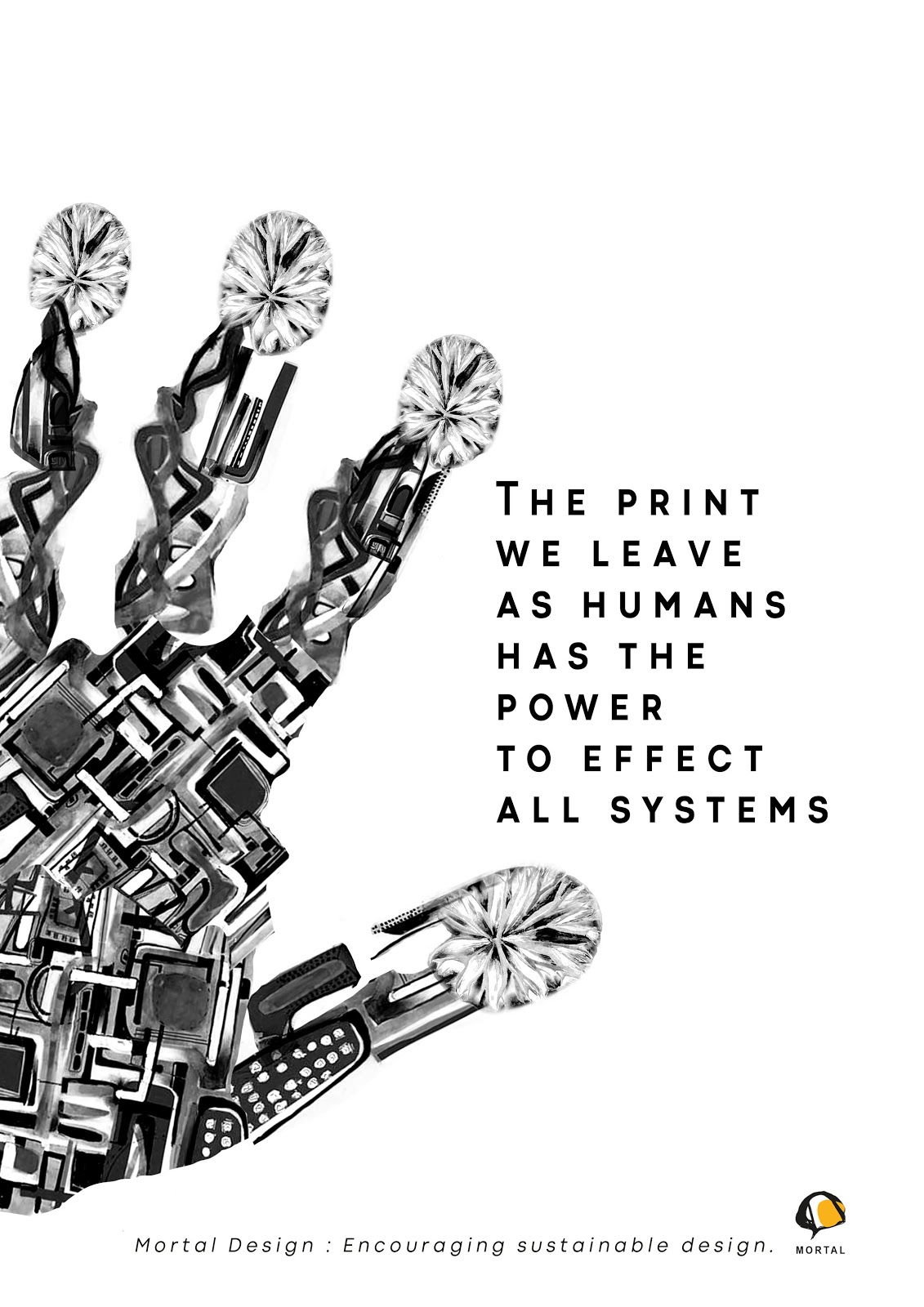 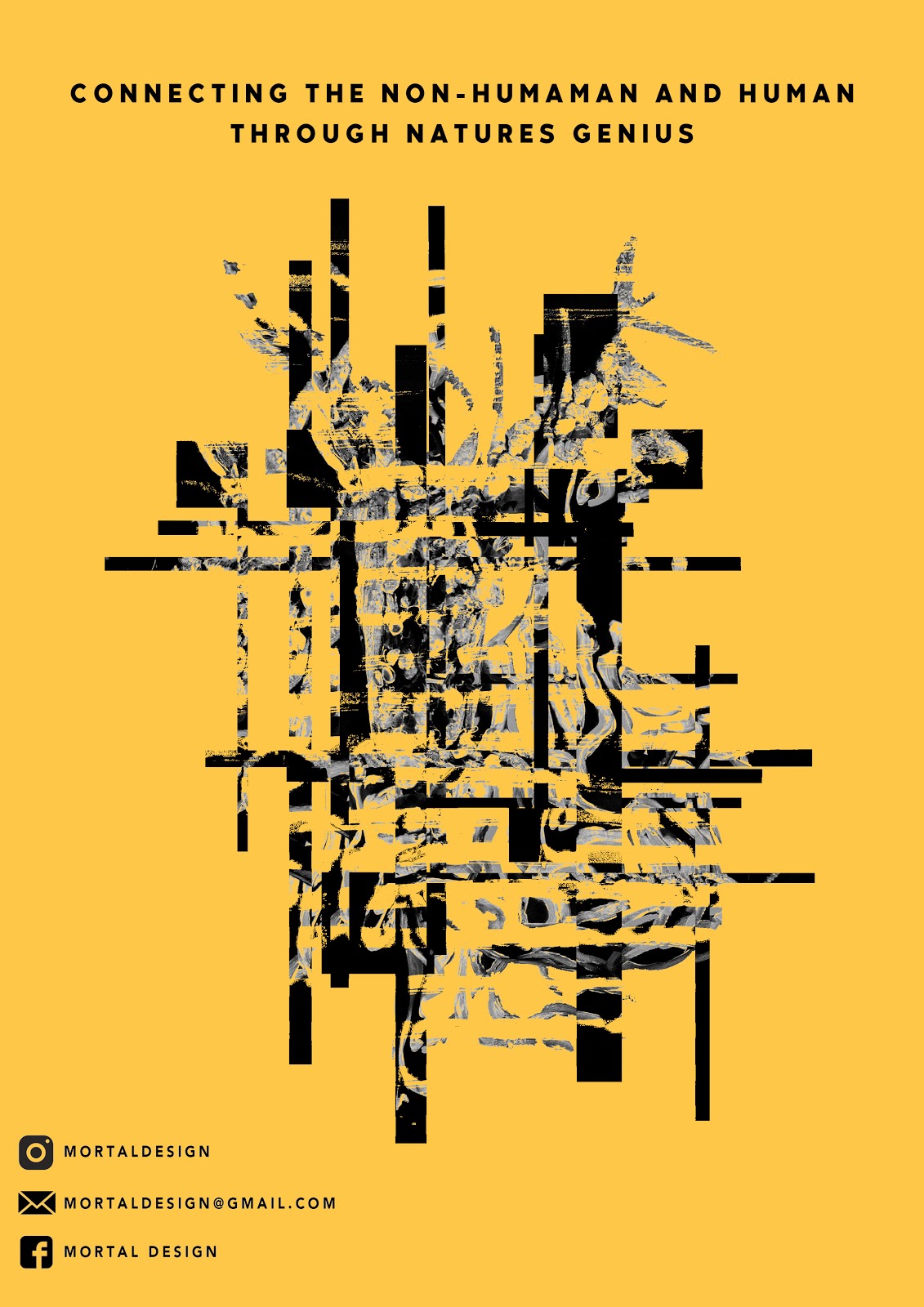 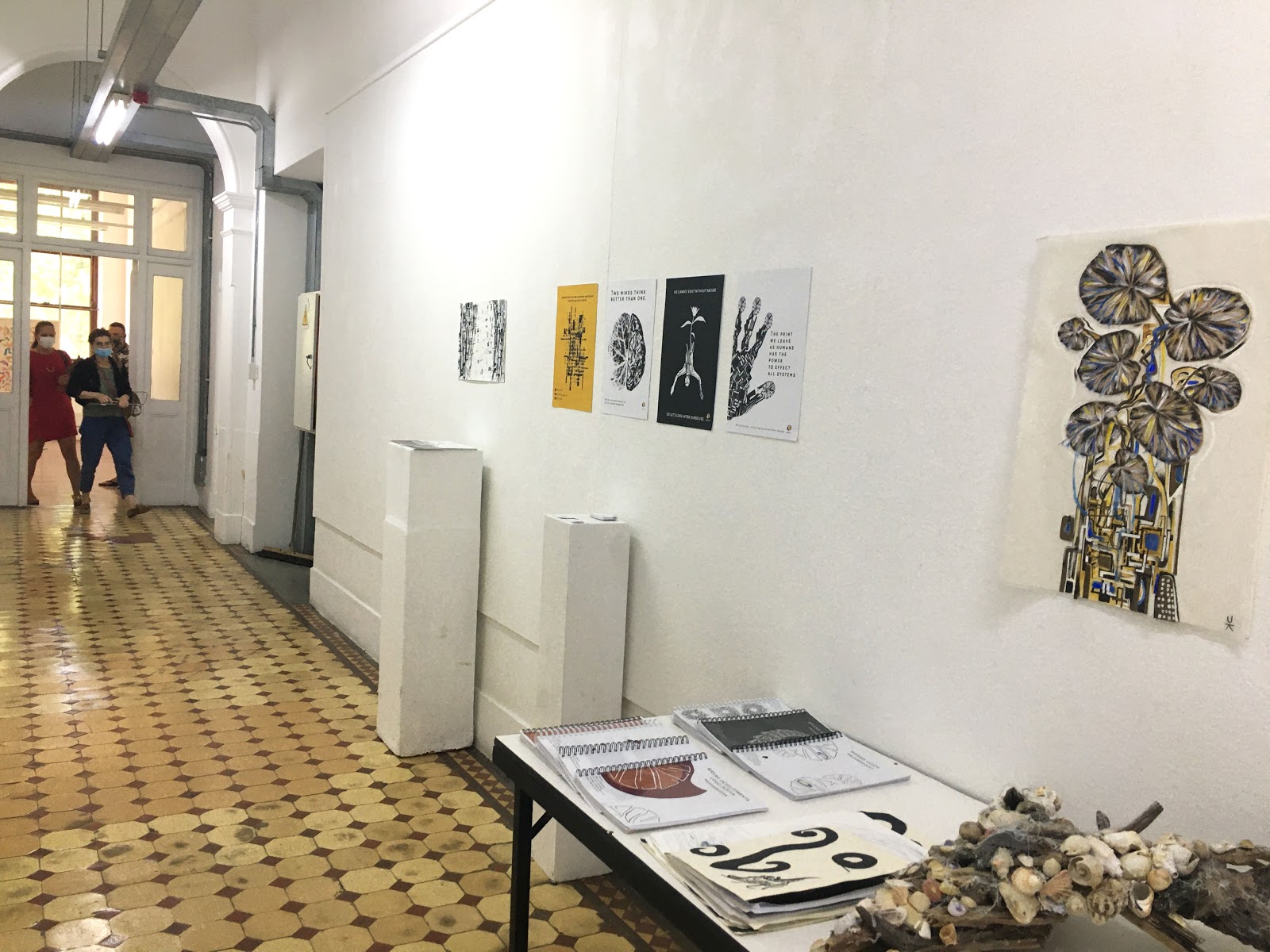 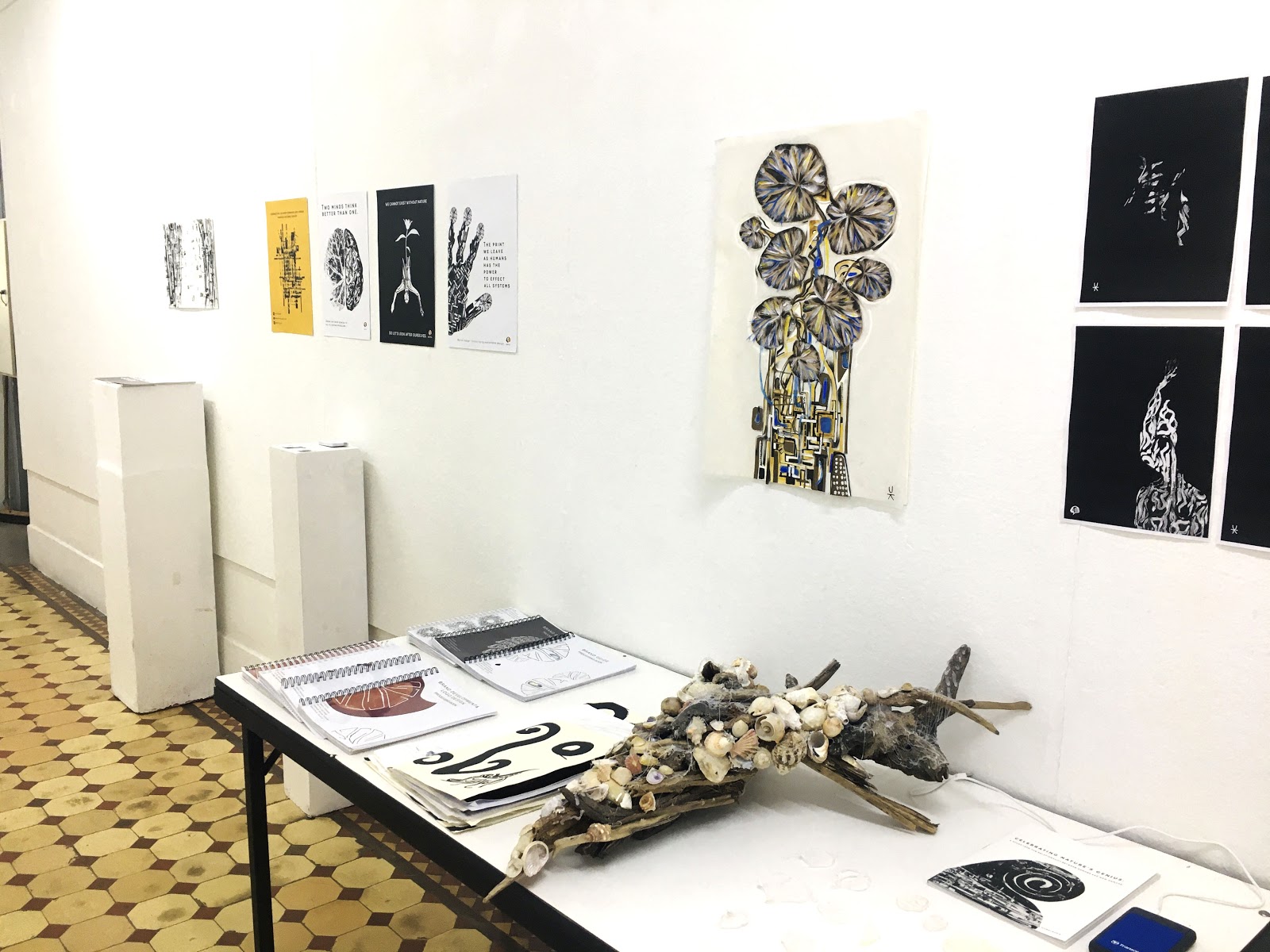